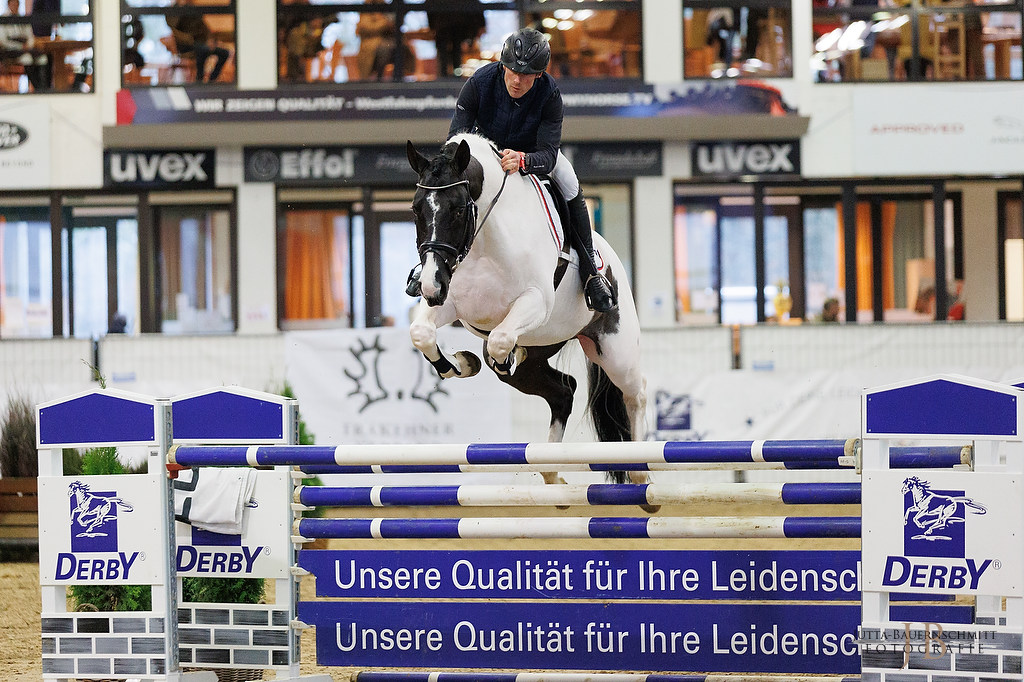 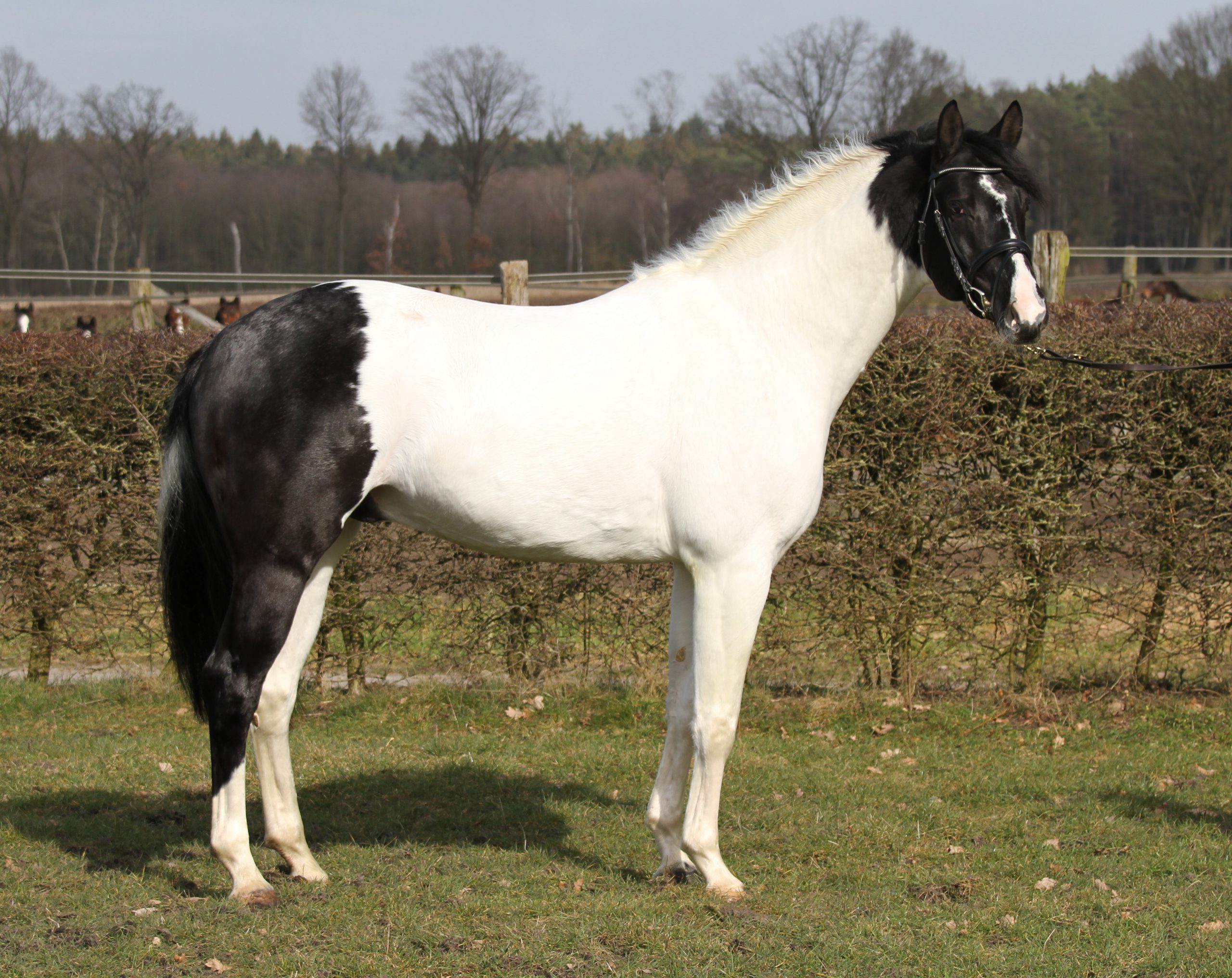 Grenoble represents the first year of his sire Marseille, who has achieved the status of an enthusiastic figure. His appearances on the occasion of the licensing of the Trakehner Stallion Market in 2019 made the striking and highly attractive black pinto a celebrated public favorite.

In this regard, the official description of the breeding management is also accurate: “It’s not just the color scheme that gives this sporty Trakehner Pinto a special rating. His unmistakable color ties in with East Prussian traditions and meets modern performance requirements. It combines an unshakable interior with a clever overview with a harmonious exterior with a good topline. Special talents document free jumping on the basis of a good canter in an equally promising manner in terms of style and ability.”

Even as a foal, Grenoble enthused about his radiant coloring – which is why he also propagated the renaissance of a hippological culture. Together with his father Marseille, Grenoble is one of the last representatives of the paternal line of elite stallion Friedensfürst, who victoriously triumphed on the Grand Prix stage under Lisa Wilcox, in the branch of the multiple hunter champion Patmos (USA). For this reason, too, he is called to secure the endangered paternal line of the legendary Tempelhüter in the branch of Poseidon and to fill it with new life. Grenoble also carries the legacy of the great Friedensfürst through his maternal grandfather Brioni, who also refers to one of the highest quality thoroughbred Arabian mares in German warmblood breeding with his Tersk mother, Bagheerah ox.

Grenoble’s maternal family, rich in tradition, has its roots in Gawaiten (since 1938: Herzogsrode), district of Goldap, in the former high-breeding area of ​​the East Prussian warmblood horse and then has been established at the Friedrich-Wilhelm-Gestüt Neustadt a. d. Dosse and became at Gestüt Ganschow its most significant distribution and ramification. The Grenzmark family was one of the strong pillars of the Trakehner breed in the former GDR and maintains such a position in the current present. His granddam Grandessa III is a full sister of the licensed Pinto Grande Couleur and leads the seldom represented genes of Polish Trakehner performance lines, which are rooted in the main stud Racot, through her father Indian Boy (ex Idalin). The closest relatives include the elite mare Grande Dame, the annual champion mare and auction top Gänseblümchen, the graded Glücksruf I, successful in CIC ***, as well as his full brother, the Trakehner dressage horse champion Glücksruf II, which has now successfully arrived on the advanced level dressage stage.

His first trainer, with whom Grenoble took the first steps in his equestrian career, sums up his impressions as follows: “Came, saw and … is developing all along the line! Under the saddle he gives great pleasure. All in all, he has already gained a lot of strength and muscles. In his stallion expression he has trained in the most pleasant way. ” In the combination of Marseille-Prince Patmos-Patmos-Gribaldi-Donauwind and with a close line breeding to the great Friedensfürst, valuable achievement blood is combined in Grenoble’s genealogy.

Video of Grenoble at the stallion parade 2022 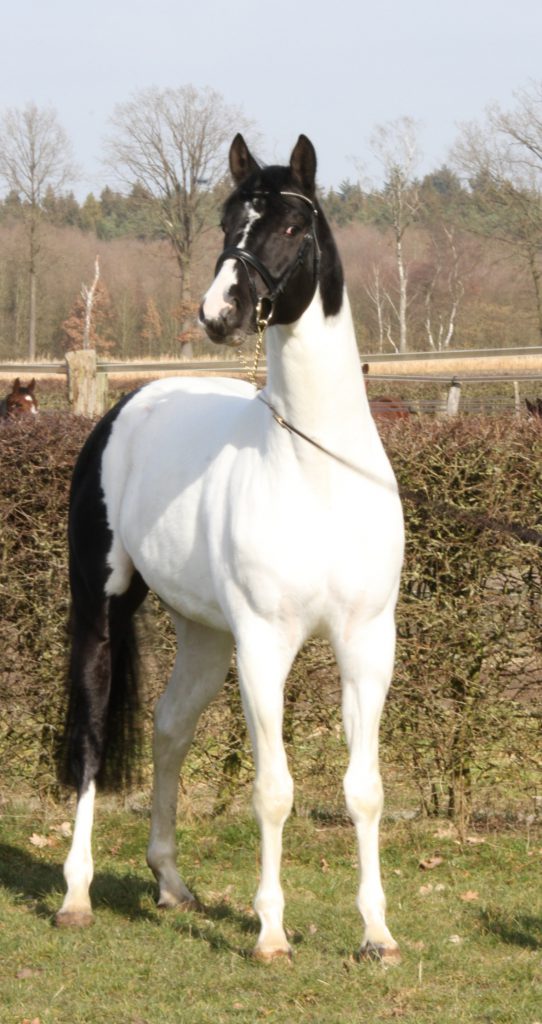 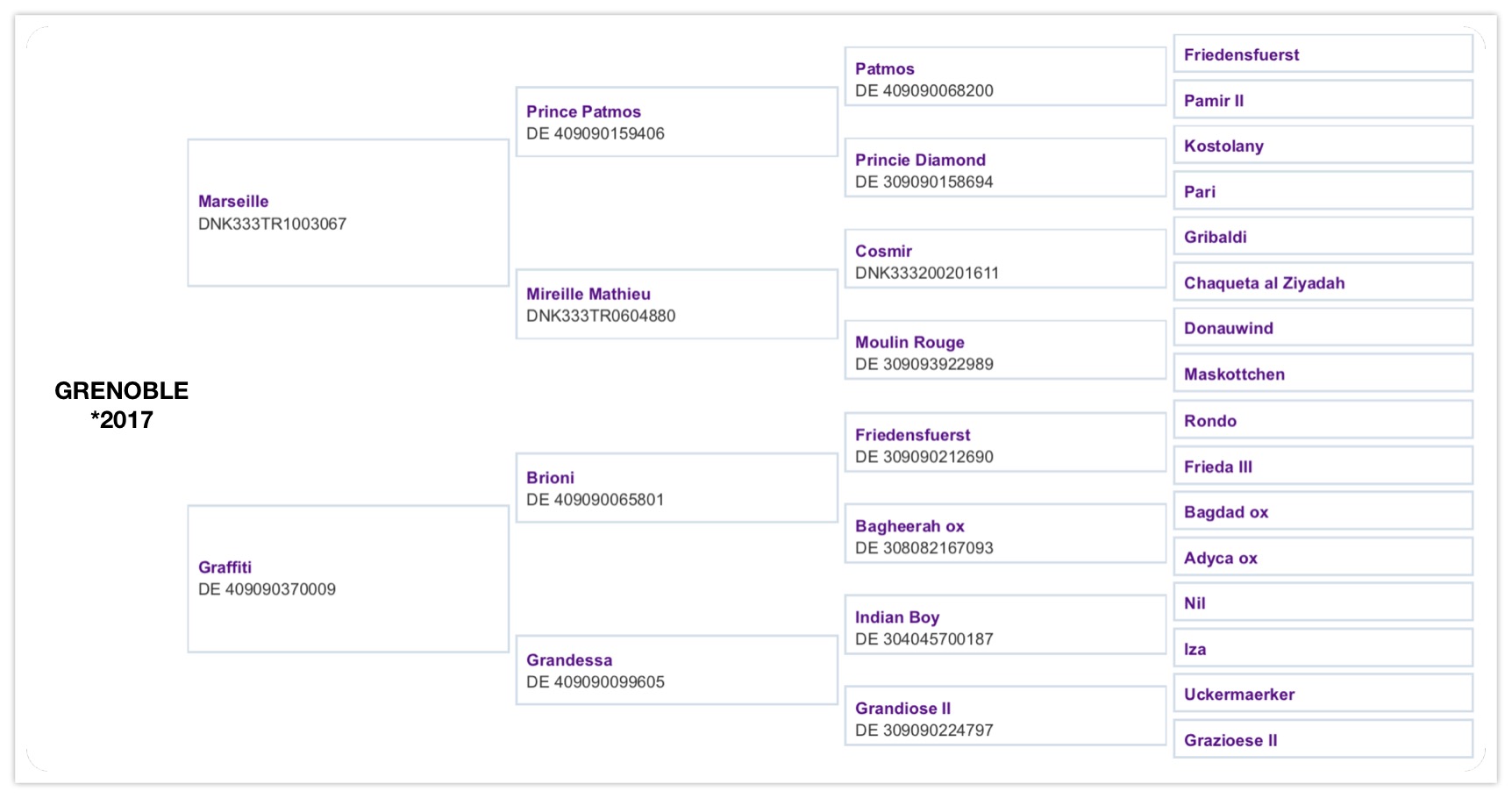 Filly by Grenoble out of Cosma Shiva by Chardonney 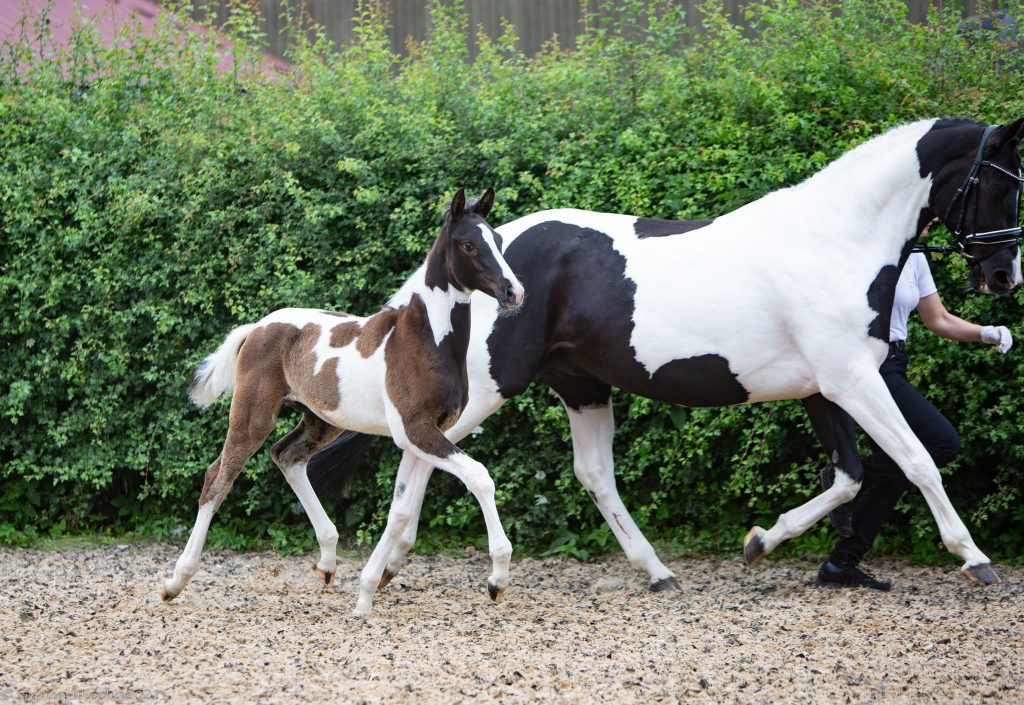 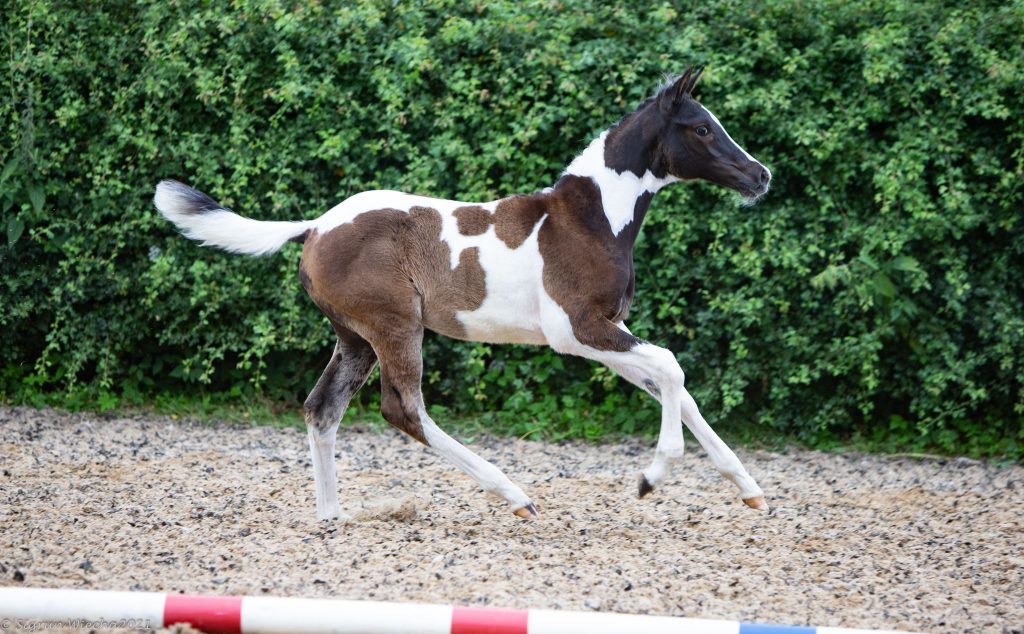 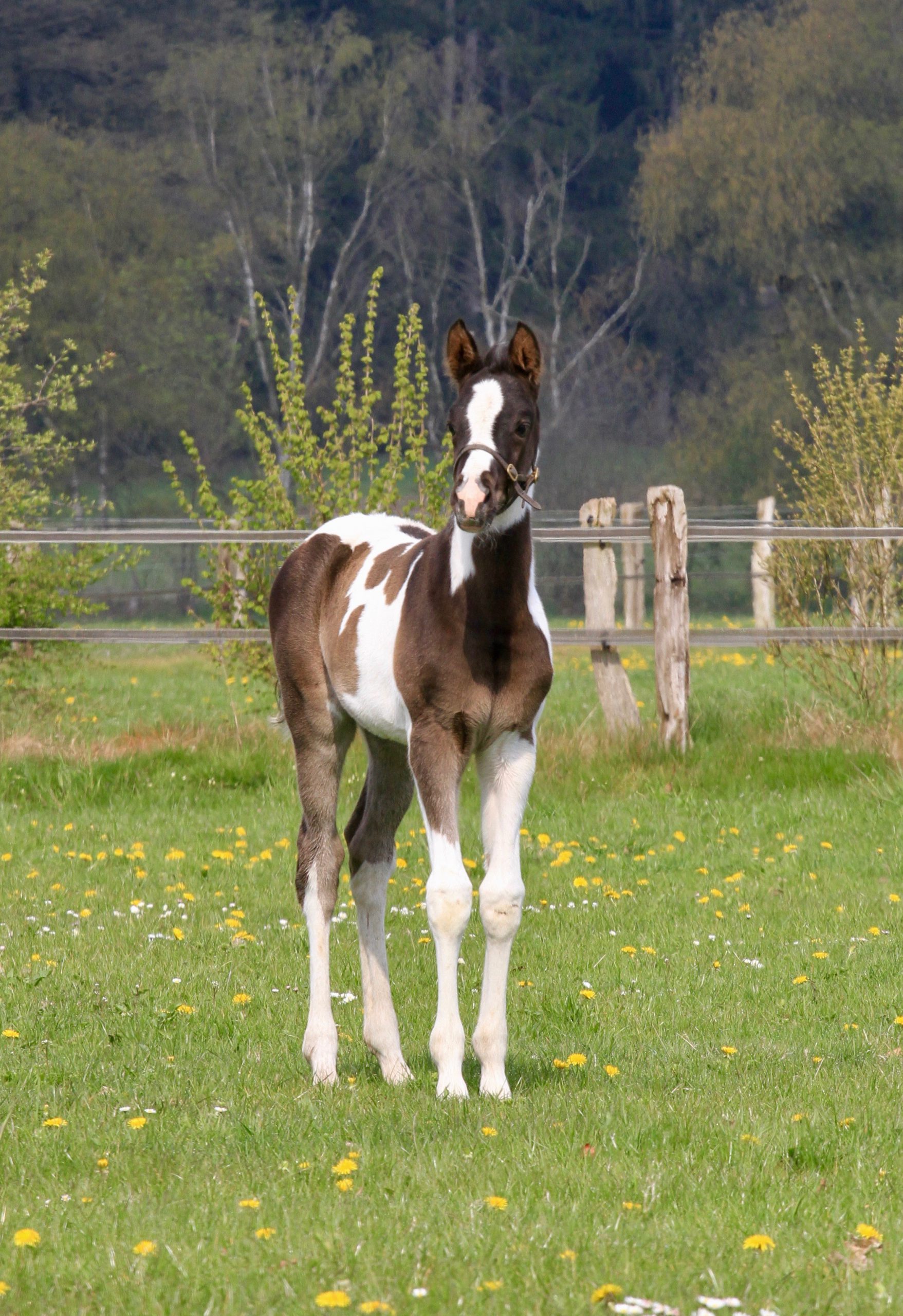 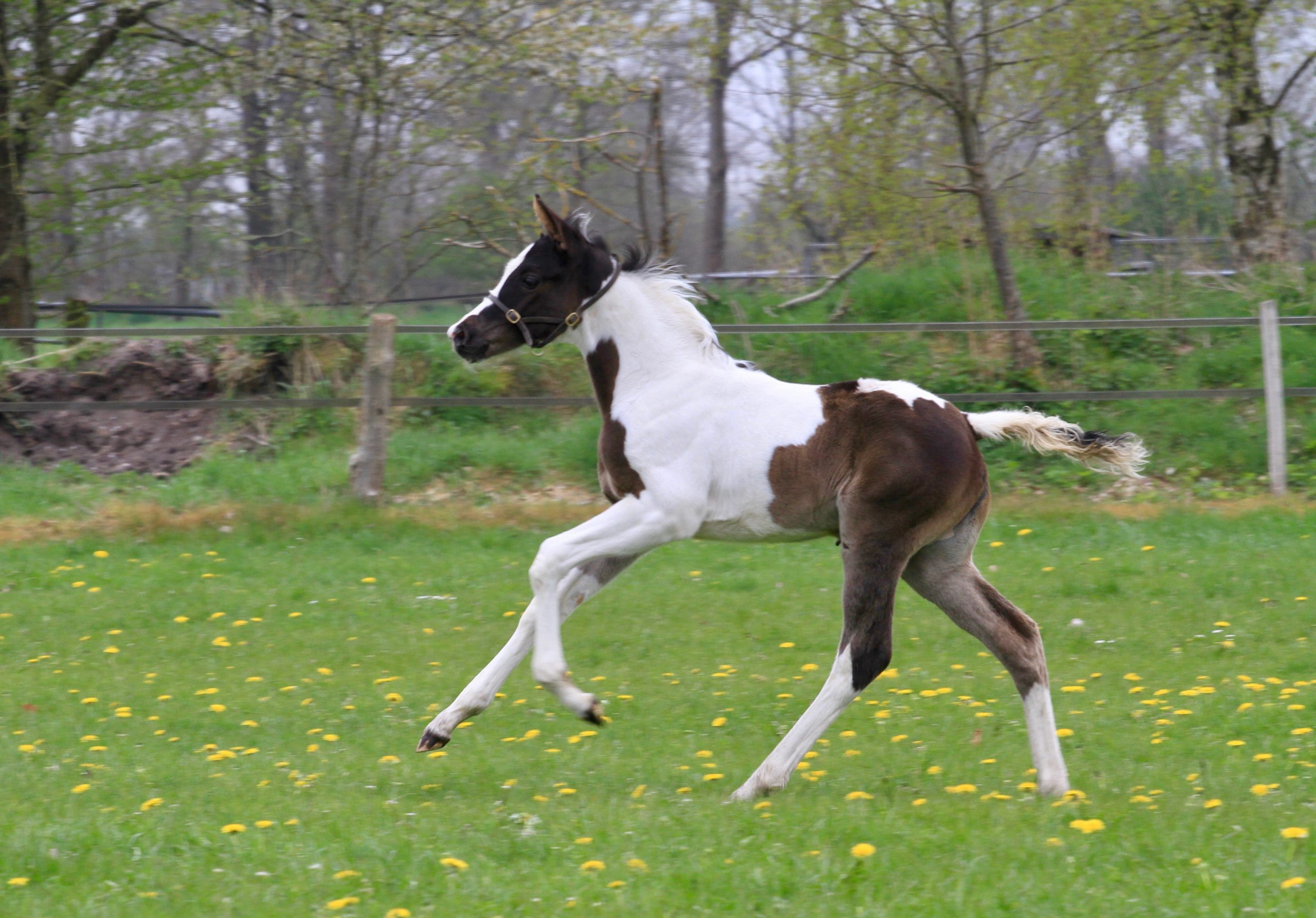